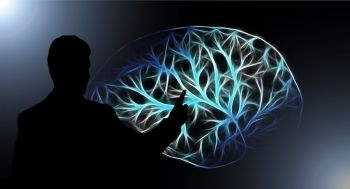 If you’re Derren Brown, reading someone’s mind is pretty useful.  But most of us are nowhere near that good at it, and trying to second guess what other people are thinking can get exhausting.

Gary had been wrestling with social anxiety for over a year.  He worried about what people might be thinking of him - he’d scan the room, looking for the slightest indicators, feeling like everyone was inwardly judging him.  It made him so anxious that it was easier to just stay home.

As we started to pick it apart, he realised that he’s not that important.  When he walked into a crowd of strangers he wasn’t the immediate focus of everyone’s attention, even if that’s how it felt.  So we worked out how to stop him projecting his own thoughts on to other people.  He imagined being inside an enormous bubble, completely transparent from the outside.  When someone gave him their attention – speaking with him, smiling (or even frowning), he’d notice.

But his imaginary bubble had intelligence, and when he started to think for someone else, its inner surface became reflective.  He’d see a mental image of himself, reflected on that surface, setting a new mind pattern to notice when he was second-guessing someone else.  He saw that mind-image only a few times before the thinking-for-others stopped all by itself.  After many months of avoiding it, he got straight back to socialising with his friends, and never looked back.

Want to get more from your thinking?  To get my weekly tips and techniques go to http://www.resolve-stress.com/weekly-my-blog