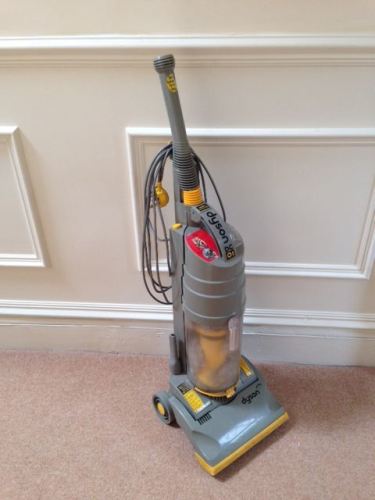 James Dyson set a new paradigm when he invented the first bag-less vacuum cleaner.  I love mine – it does a great job, until the filters clog up….  Now you’re supposed to change them every few months, but I only ever remember when the performance suffers.

It’s a slow deterioration, so I only notice once it’s got so bad that it’s not picking up any more.  A simple change of the filters, and it’s back to its fully working best – amazing me with the difference (I’m easily pleased!).

The more people I’ve supported to Process Engineer their thinking, the more it’s struck me that this amazing step change in performance doesn’t just apply to vacuum cleaning.

So many of those people had been enduring the mind’s equivalent of clogged up filters.  Like my Dyson, things had gradually worsened bit by bit – but with much more disruptive effects.  Lost sleep, building up worries, arguments where there needn’t be….  And of course, once it starts to build up, it’s harder to make the time to fix it.

Our thinking can be a little harder to change than a Dyson filter, but maybe much less so than you’d assume.  Of course, the first step is to recognise that there’s a filter (often a belief) which is restricting your view of reality.  We’ve all got thousands of these filters – they’re our mind’s short cuts, and they play a vital role in making sure we don’t overload with the vast quantities of information and decisions we have to deal with every day.

But we don’t always update them as the world changes – it’s called a conditioned response, and even if it was a perfect fit for the world as it was at the time it got set, it might not be any more.

So for example, a reluctance to share your opinions might have stemmed from being regularly chastised for being cheeky or answering back as a child.  And it needn’t go as far back as childhood.  If someone’s been rude or obstructive, you’re much more likely to approach them with caution the next time you meet.

But if you have a filter or belief which is getting in the way, the first piece of good news is that it’s absolutely not necessary to know its origins to change it (and often, trying to search for a source just reinforces that story you’ve been telling yourself).  Also, you don’t have to do it all in one go – the mental equivalent of ripping off a plaster which has kept part of you protected.  Fast rip or slow peel can work just as well.

All you need to begin is a willingness to question your own personal version of reality.  To be curious about the opportunities which might present themselves as that filter gets cleaned an updated.  To enquire into the real facts of the situation rather than the assumptions you’ve been making.

Try it – the difference can be amazing