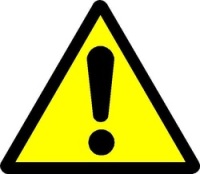 How do the people you work with view stress?  There are plenty of research studies documenting links between stress levels and a host of unpleasant (and many potentially life-shortening) conditions, including coronary disease, asthma and IBS.  So it’s not surprising that stress gets a lot of press, and many people regard it as something to be avoided.  But is stress really that toxic?

In a recent US study(1), over 28,000 participants were asked how much stress they’d experienced in the previous year, and whether they believed that stress was harmful to health.  Then 8 years later, the study tracked how many participants had died.

Of those who’d experienced high stress, those who also believed the stress to be harmful were up to 4 times more likely to also report being in ill health at the time of the survey, and were 43% more likely to have died than those who believed stress had no effect on their health.

It seems that it’s not only the level of stress doing the damage, but the underlying beliefs about its effects.

Each of our beliefs is like a filter through which we view the world – vital to stop the overload of figuring out every experience and situation from scratch.  The problem is that we rarely see them as beliefs, we embrace them as absolute facts.  And when you’re convinced of something, your brain and body can be very obedient in making it happen.

For example, if you were terrified of public speaking, convinced that you’ll stutter or your mind will go blank, then those things would be much more likely to happen, no matter how much you tried to reassure yourself and be brave.

So should we just be telling ourselves a different story?  No – firstly because beliefs run deep, so trying to veneer over the top isn’t very effective. And secondly because the one about stress being harmful is partially untrue.

What does help, is to recognise that not EVERY stress is harmful.

In my FAST Pathways work-related stress survey, 33% of people said they enjoy the stress of their role.  Stress becomes a problem only when the total amount of it someone’s experiencing exceeds the resources they have for dealing with it.  Keep those resources topped up, and the stress stays useful.

So what conversations will you start within your organisation, to balance the views and beliefs on stress?

You’re welcome to get in touch and explore straightforward ways to top up your people’s resources, keeping your organisation’s stresses useful.