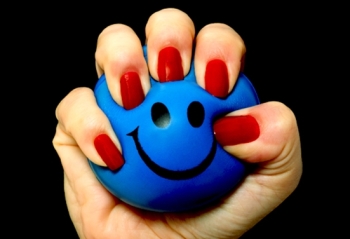 We’re all familiar with the potentially harmful effects of stress.  Experienced over long periods, the fight-flight response has been linked to many serious medical conditions.  Stress is a very generic term, used to describe anything from a traffic jam to a messy divorce.  But what every stress has in common, is that there’s a gap between what you want, and how it is.  Life’s not co-operating.

But there’s more to stress than fight or flight – we’ve evolved some other powerful (and far more helpful) stress responses.  The first is the challenge response – the one which kicks in when there’s a gap you really care about closing.  The exam you want to pass, the presentation you want to absolutely nail, the project you want to deliver.  These are often the stresses which give life the most meaning.

The biology of the challenge response is similar to fight-or-flight – increased heart rate, sweaty palms, heightened senses...  But your blood vessels stay more open, so your whole system gets more oxygen, which increases our physical energy.  It feels focused rather than fearful.

Top performers know how to channel this response – a sprinter stepping up to the start line for the Olympic final is not feeling calm and relaxed, they’ve got a really strong challenge response to the stress they’re under, and they’re using it to perform.  Recognising the ways in which this response is helpful, has been scientifically proven to improve performance in a range of tasks including public speaking and Maths tests.

It’s also been scientifically proven that when we’re stressed, we’re more likely to form collaborations and relationships.  Most people assume that stress makes us more likely to look after number one first, but experiments have shown the opposite – people are more likely to trust a stranger when they’ve recently been subjected to a stress, such as a mock interview.

Stressful events, such as a natural disaster, can bring together communities and foster relationships which would otherwise never have happened.  But it needn’t start with a crisis – it can happen around the smaller problems in your business too.

So how do the best performing organisations make use of the good stresses?

How can you build awareness, and make better use of the good stresses in your organisation?