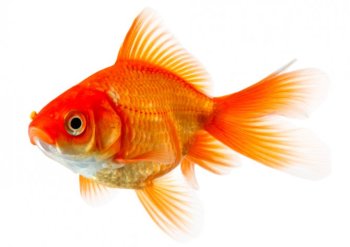 As well as his illusions and mind tricks, Derren Brown occasionally re-creates famous psychological experiments.  This one was astounding….

He showed the participants into a room filled with random objects, like bean bags and hula hoops.  On the wall, there was a large counter, and he told them that once the counter reached 100, they’d be allowed to leave the room.

They started to handle the objects, all the time watching the counter – if it went up, they’d repeat what they’d just done, trying to increase the count.   As time passed, their activities became more and more bizarre, as they tried to figure out the exact actions which caused the count to increase – hoping to get to that magic 100 which allowed them to leave the room.

But what they didn’t know, is that behind the scenes there was a fish tank, with a vertical line painted half way along one side.  Each time a fish swam past the line, the counter went up.  Completely random -  it had nothing at all to do with the participants' actions, yet they continued in their efforts to find the cause and effect.

And not one of them tried the door – it wasn’t locked.  They could have left at any time they chose.  The need they felt to understand a pattern, to control the counter, was powerful - and kept them stuck.

All very entertaining.  But what does this mean for you?  Well, that stuck, searching for a cause-effect pattern which might not even exist, shows up more often than you might have thought.  So many of the people I’ve helped to resolve their stress and anxiety, had kept themselves stuck, searching for the root cause of their discomfort, assuming that was the only way to move forwards. Apart from the time it wastes, that’s got two big disadvantages:

Firstly, they might have no awareness of a cause – life seems to be going on as it always has, but they’re just not taking it in their normal stride.  And second, even if they find a cause, it might be something they can’t change – a restructure, a difficult colleague they have to deal with, a problem project….  A cause which they can’t influence can make that stress seem even worse, getting dragged along in its wake.

It’s far more effective to approach it in reverse – the equivalent of going straight for the door.  Change the effect, by switching off the stress-anxiety response, deep inside the thinking.  Once the discomfort’s gone, the situation can be looked at objectively, to identify what CAN be done to bring things fully back on track.  Without the temptation to just avoid the situation, without an inner battle, without getting overwhelmed.  It might take only a few minutes.