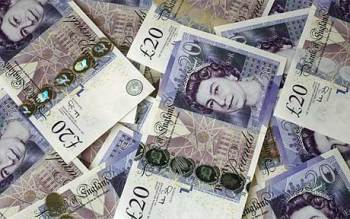 A million pounds?!! You’d jump at it, wouldn’t you?  That’s what I offered a company I was working for a few years ago.  I put forward my plans, showing how we could save all that money from one of our processes – and even better, it didn’t require spending anything.  Low risk, high gain.  I thought they’d absolutely jump at it.

I was gobsmacked, deflated and demoralised, so much that I seriously considered handing in my notice.  I’d presented a compelling, logical case.  And it bombed.  It was the first time I’d experienced a well-thought, logical proposal having no impact whatsoever.  And like most learnings, though it was painful at the time, it’s been invaluable since.

I realised that to make a compelling case for any kind of change, logic alone (even when it’s got big £££s behind it) doesn’t cut it.  And that applies when you’re making the case for Wellbeing in your organisation.  Even if it gets an initial ‘Yes’, it’ll be hard to keep things on track if logic’s all you’ve got to rely on.  Day to day life will keep getting in the way.

Based on the average national wage of £26K, and average 23 day duration of a stress-related work absence, every single occurrence costs an employer £2.3K.  And yet according to the 2015 CIPD Absence Survey, less than 3 in every 5 organisations are taking steps to identify and reduce workplace stress; and just under half report that operational demands tend to take precedence over well-being considerations.

No matter how much we want to think that logic is in charge, the intuitive / emotional thinking, short term gain (or just plain habit!) is bigger, and more powerful.  And if the emotions aren’t engaged, it takes monitoring, persuasion and willpower to keep a programme on track.

When there’s real commitment, it’s so much easier.  You never hear (I hope!) someone saying “Well, I know I’m supposed to make sure my kid gets fed, but I’ve just been too busy”.  When the commitment’s there, it happens without question.  No distractions, no excuses.

I avoided resigning, and eventually got to run my project (by a rather unusual route!).  We saved almost the £million, and avoided spending a further £million which would otherwise have been needed.  I learned to be more creative in engaging the people who count, to get the commitment, and to design programmes to fit an organisation’s reality.

And when you’re not relying on logical sense, the results can follow naturally.

Thank you for reading. Share it with your network if you think they’ll like it too.  For powerful skills to resolve stress (rather than managing it), contact [email protected]